Bejar calls Destroyer's style "European Blues". It is often compared to David Bowie; the band's admitted influences are Pavement, and Guided by Voices, as well as other indie and shoegaze bands. Bejar's lyric stylings are also noteworthy for their cryptic poetry, which frequently vex and intrigue listeners. Bejar openly borrows phrases from other artists and a variety of other sources, even political rhetoric (ex: Ronald Reagan's "Evil Empire"). Your Blues presented a new direction in Destroyer's style by introducing orchestral elements as well as a heavy reliance on midi instruments.

what a wonderful world

The Felice Brothers - Your belly in my arms

No seguimento do último post, partilho a mais recente música do novo album.

The Last Shadow Puppets - The Time Has Come Again


in Wikipédia, a enciclopédia livre

Enviar a mensagem por emailDê a sua opinião!Partilhar no TwitterPartilhar no FacebookPartilhar no Pinterest
Etiquetas: AUREA, Busy, for me, música

TV on the Radio


Incubus is an American rock band, from Calabasas, California. The group was formed in 1991 by vocalist Brandon Boyd, lead guitarist Mike Einziger, and drummer Jose Pasillas while enrolled in high school and later expanded to include bassist Alex "Dirk Lance" Katunich, and Gavin "DJ Lyfe" Koppell, both of whom were eventually replaced by bassist Ben Kenney, and DJ Kilmore, respectively.

Incubus has received both critical acclaim and commercial success, reaching multi-platinum sales, as well as releasing several highly successful singles. The band started branching out creatively and earned mainstream recognition with the release of their 1999 album Make Yourself. In 2001, Incubus became even more successful with the single "Drive" and their follow up album Morning View. Their latest studio album, Light Grenades, debuted at #1 in 2006 and has received Gold certification in the U.S. Incubus released their first greatest hits album Monuments and Melodies in June 2009, accompanied by a tour of the United States, Japan and Canada. The band recently completed a seventh studio album, If Not Now, When?, which is due for release on July 12, 2011.

Enviar a mensagem por emailDê a sua opinião!Partilhar no TwitterPartilhar no FacebookPartilhar no Pinterest
Etiquetas: Black Keys, Dan Auerbach, Keep it Hid, When the night comes

Arctic Monkeys will release their fourth album, entitled 'Suck It and See' on Monday 6th June 2011. The album will be released in the US on Tuesday 7th June 2011.

'Suck It And See' features 12 new Arctic Monkeys songs and was produced by James Ford at Sound City Studios in Los Angeles.

The album will be available on CD (WIG258CD), vinyl (WIG258LP) and via digital download (WIG258D). The tracklisting for 'Suck It And See' is below:

Enviar a mensagem por emailDê a sua opinião!Partilhar no TwitterPartilhar no FacebookPartilhar no Pinterest
Etiquetas: Arctic Monkeys, Don't Sit Down 'Cause I've Moved Your Chair, Macacos do Árctico, música

"What’s really in a name change? Canada’s Suuns were called Zeroes, but rechristened themselves on discovering a bunch of old Cali punks who traded on being “the MexicanRamones” way back when. Luckily for them, no-one over here gave a flying fuck until they ripped CMJ to shreds a couple of months ago – which is handy, because in a niftily timed dollop of musical fast food, we’ve now got ‘Zeroes QC’ to contend with." ver +
Publicada por BMA à(s) 06:34 1 comentário:

Foster the People is an alternative/indie rock band from Los Angeles, California. The band started in October 2009. Members include Mark Foster on keyboards, guitars, and vocals; Mark Pontius on drums; and Cubbie Fink on bass and backing vocals.

Enviar a mensagem por emailDê a sua opinião!Partilhar no TwitterPartilhar no FacebookPartilhar no Pinterest
Etiquetas: Foster The People, Pumped Up Kicks, torches 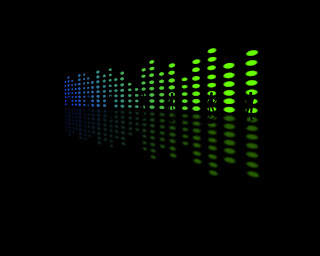 As regras do tasco: